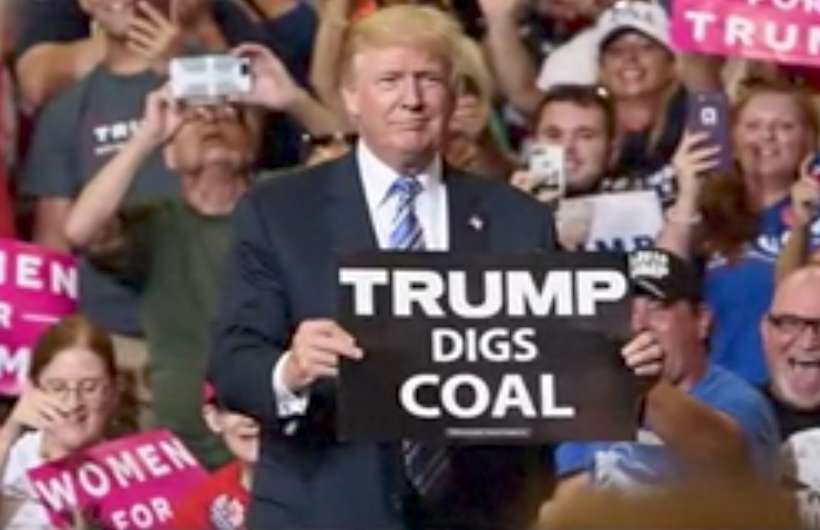 In 2016, coal mine owners gave Trump twice as much money as any other candidate for office. Trump still touts all that he’s done for coal miners, but what price are we paying? To revive the dying coal industry, Trump rolled back safety and air pollution regulations and even invoked Cold War era laws to possibly mandate that certain coal facilities remain open. From 1985 to 2003, the number of people working in the industry fell from 175,000 to 70,000.  When Trump took office, there were 55,000 people in the industry. Since then, at best, 2,000 jobs have been added, but even this number is statistically insignificant because we do not count the exact number of people working in the industry; we use selective sampling, and the number of jobs added is within the margin of error. In his first year in office, the number of miners who died more than doubled from 7 to 15. His mine safety chief, David Zatezalo, is a former coal company executive who as recently as 2011 was president and CEO at Rhino Resources, where a West Virginia miner was killed when a portion of a rock wall collapsed and which received citations for two worker safety violations.

Shortly before Zatezalo was confirmed, the Trump administration rescinded rules that required inspectors to scale away loose pieces of rock that might fall on miners before the start of a shift. Now the inspections can occur while workers are in the mine, oblivious to the hazards that may be lurking above.

Following the Upper Big Branch disaster that killed 29 West Virginia workers because of the criminal conduct of the notorious Don Blankenship, the Obama administration strengthened a rule that imposed sanctions upon mines for patterns of violations. In August, the Trump administration rescinded the rule, signaling its intention not to subject the worst violators of safety regulations to tough enforcement action.  The Department of Labor, for example, determined on September 5 that the Pocahontas Coal Company’s Affinity Mine would not be subject to tough enforcement action under the “pattern of violations” rule. This mine received a total of 17 significant and substantial citations since the beginning of July 2018, including one issued shortly before the Department of Labor rescinded the mine’s unfavorable safety designation. Robert F. Cohen, who served under Presidents Bush and Obama on an independent commission overseeing mine safety condemned the Trump administration's action, recommending that the commission refuse to assent to "such an illegal act."

What is the net result of Trump’s actions? He has swelled his campaign coffers, worsened global warming and air pollution, lined the pockets of coal mine owners, made mines more unsafe, is considering using forced subsidies to keep unprofitable mines open, and added very few, if any, jobs to the industry.